“This post is not to support or to insult anyone, this is just a personal opinion.”

People for the ethical treatment of animals or PETA is an organization who works for animals rights. It was founded on 22 March 1980 and for 40 years, it has trying to make people aware of abuse done towards animals. Recently PETA and Amul (India’s biggest dairy organization) went out on a Twitter war. PETA suggested Amul to shift to producing Vegan Milk. In response to this, Amul put a serious allegation tweeting “Some foreign-funded NGOs are trying to snatch the livelihood of India’s farmers and tarnish the reputation on the Indian Dairy Industry” and further wrote a letter to the PM requesting to ban PETA from India.

There was a lot of legalities involved between the two for the last 3 months, PETA advised Amul to tap into the “Currently-booming Vegan Industry” and make milk out of Soya, nuts, oats, etc. However, Amul disregarded this by saying that the term “milk” can’t be used for something made out of plants.

Apart from the arguments thrown at each other by both the organization, the real question is Who is right in this facade? Why is PETA trying so hard to promote veganism?

The answer is not that simple, it can’t be said that one of these organization is completely right and the other one is wrong. As much as I hate to agree with Amul, it has a valid point. The Indian dairy industry is huge, it servers dairy products to over 100 Crore people daily, and producing milk in this volume requires a lot of manpower. As Amul has allegedly said, “PETA wants to snatch the livelihood of 100 million farmers”. At first, it may seem like a very valid argument from Amul and people on Twitter are in full support of Amul. let’s understand the story from PETA’s perspective.

What is the need for Veganism?

Being Vegan essentially means that an individual chooses not to consume products made from animals. Veganism is one of those few social media trends that can actually help someone. Recently many celebs like Virat Kohli, Anuskha Sharma, Shraddha Kapoor, Alia Bhatt, have chosen to be vegan, but why?

1. The Terrifying Reality Of Dairy Industry

The Dairy Industry may look all normal from the outside, but what happens behind it is truly terrifying. The process of procuring milk from a cow is not as simple as we think. Only when a cow is pregnant, she can produce milk. Thus, Female Cows are sexually abused quite frequently, to take their body to a stage where they can produce milk. From this, we can estimate the number of cows being abused every day to produce milk that can serve a population of 100+Cr. Moreover, after a few months when the pregnant cow gives birth to claves, Only the healthy female calves are raised on the farm, the male calves are either left on the streets or are slaughtered in the first few days itself. Not just Cow, even goats and buffaloes face the same fate.

Read more about it here.

2. Veganism can be equally healthy

Several studies show that a human can maintain healthy body composition. After examining, plant-based milk had a little low amount of protein but it is a question that we have to ask ourselves, “Is a few grams of protein worth killing animals?”. Moreover, there are countless people who have tried it and they have a positive practical experience.

It would be wrong to say that Amul’s perspective is all wrong. A sudden shift from Animal Milk to Vegan Milk will obviously have a huge impact on the farmers in our country. The solution doesn’t lie there. Even if there isn’t an immediate shift from production and consumption of animal produced milk, as a top producer in the dairy industry, Amul should work on innovation that can help in availing plant-based milk for cheap prices rather than playing the blame game. Moreover, if the farmers don’t deserve this then I believe, the animals also don’t deserve to be sexually abused. Amul’s move to try and ban PETA from India looks outright selfish cause PETA not only raises its voice about cows but because of this people have become aware of all kinds of animal abuse and its respective authorities (in case of launching a complaint). There has to be a middle-ground for this situation.

If after reading this post, If you think I’ve been ignorant about anything, I apologize. 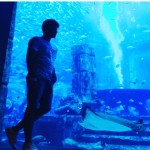