A delight for a public which enjoys incident, mystery, and above all that matching of the wits of a clever man against the dumb resistance of the secrecy of inanimate things, which results in the triumph of the human intelligence.

Sherlock Holmes had already appeared in two novels, but his popularity did not really take off until the brief “adventures” collected in this book began to appear in monthly issues of The Strand Magazine, from 1891 to 1892. And though there are two novels and three volumes of short stories still to come, these 12 mysteries include some of Holmes’s most memorable and celebrated cases. Few of them are concerned with actual murder or even actionable crimes, and Holmes doesn’t always get his man (or woman). But they are Holmes all over, the Sherlock you sure love, fascinating us (even when his cases don’t) by his keen observation, quick deduction, and encyclopedic recall of the history of crime—so that he can often solve in moments a case that keeps Scotland Yard guessing for days.In “A Scandal in Bohemia,” the King of Bohemia (which Conan Doyle seems to confuse with Scandinavia) hires Holmes to help him neutralize a threat to his marriage plans. It seems His Majesty has been foolish enough to allow another woman to possess a photograph of the two of them.

In the Holmes canon, this is actually the only appearance of “the woman,” as Holmes describes her: Irene Adler, celebrated as the only woman who ever outwitted him.

“The Red-Headed League” is a comic tale about a stingy pawnbroker who suspects he has been had. It turns out that the harmless scam of which he is the victim is only part of a plot to play much dirtier trick.

In “A Case of Identity,” Holmes is hired by a near-sighted spinster to solve the disappearance of her fiancé.

In “The Boscombe Valley Mystery,” Holmes helps Inspector Lestrade prove the innocence of a young man who has been arrested for the murder of his father.

“The Five Orange Pips” is the rare case in which Holmes fails to save the life of his client, who comes to him with a creepy story about three successive members of his family receiving a cryptic message before they died. Among the spooky secrets Holmes uncovers in this dark installment is a connection to that American institution, the Ku Klux Klan.

“The Man with the Twisted Lip” is a missing persons case in which a well-off businessman vanishes, almost before his wife’s eyes, from a room in which a lame beggar is found, along with some blood and the victim’s clothes. Is it murder? Or could there be something even stranger going on?

“The Blue Carbuncle” is a case of a stolen jewel, which comes Sherlock’s way in the gizzard of a Christmas goose found lying in the street. His powers of detection are never shown more vividly than in “The Speckled Band,” in which a villain hatches a diabolical plot to murder his twin stepdaughters.

In “The Engineer’s Thumb,” Holmes helps a confused young man track down the gang of forgers who tried to use him as an unwitting accomplice, and then tried to kill him. “The Noble Bachelor” concerns a bride who, ten minutes after the start of her wedding breakfast, steps out of the room for a moment and is never seen again. In “The Beryl Coronet,” a banker fears his son has plundered a national treasure, and hires Holmes in the hope of recovering the lost gems.

And finally, “The Copper Beeches” has to do with a governess who suspects that her employers are involving her in something sinister and dangerous.These mysteries are very straightforward, simple, easy to enjoy. They follow a clear formula that has worked for millions of readers these 120-odd years. Sometimes Holmes solves them by spotting a clue that no one else noticed. Sometimes it is his knowledge of human nature, and of similar cases in the past, that does the trick. Again and again, the truth is revealed when Holmes asks someone the right question, or puts the right advertisement in the newspapers, or sets a trap into which his quarry cannot resist falling. Of course, Holmes isn’t always right. His deduction, for example, that the whole world would someday become one nation under the combined flag of the US and the UK, now rings somewhere between “spooky” and “unintentionally funny.”But hey, Conan Doyle was a spooky customer. He believed in Spiritualism, which is why this book was briefly banned in the USSR. Spookiness works sometimes. It doesn’t hurt when you are an author of detective thrillers and science fiction novels. Eerieness and suspense were his friends. His best work, both generally and in the Holmes canon, was yet to come in the haunted pages of The Hound of the Baskerville a. But in this book, he already makes an excellent start. This is classic Sherlock. It’s attention-grabbing fun. And it is followed immediately by a second year’s worth of monthly Holmes tales, collected in The Memoirs of Sherlock Holmes. 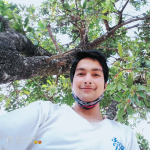